For teambuilding, we have developed some hilarious games in the old town of Amsterdam. They all start and end in a 17th century café on the edge of the Red Light District.

Be a star: come with colleagues and show your singing talent. Maybe you will be discovered? Our Karaoke bar is on the edge of the Red Light District.

James Bond comes to life in our characteristic cafe on the edge of the Red Light District. This quiz uses professional light and sound. The winning team gets a great prize.

Discover the oldest part of Amsterdam whilst carrying out 10 bizarre assignments. Ever searched a dead homeless person?

In teams you discover the absolute best sailor bars! You will also find out some information regarding the red light district during this outing. This oldest part of Amsterdam is most definitely most exciting.

An interactive expedition, the central focus point of which is the famous life of the Netherlands’ best known painter Rembrandt. You will search for the oldest shop in town.

Go back in time. Fun for both young & old in the very heart of Amsterdam! What would you say to some Traditional Dutch Games like a giant shovel board and the rod catching game.

Discover Amsterdam with our GPS hunt. You will be zigzagging your way around Amsterdam in teams of no more than 6 people. You will take some photographs on your way and try to answer some questions.

A hilarious hunt in the red light district. The sex museum, the Cockring and the Bananenbar; just some of the places you’ll be passing by. You’ll also visit the place of offence where a prostitute was once murdered. 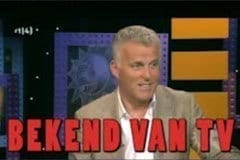